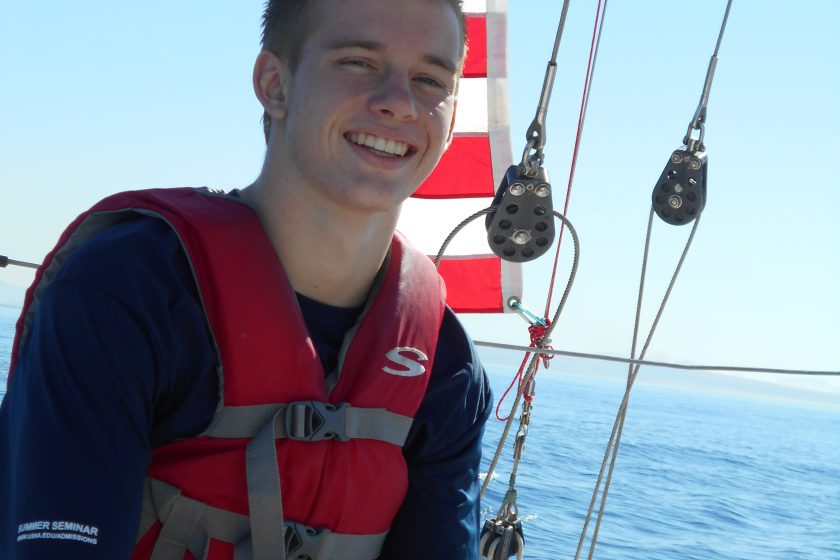 Matthew G. a member of Sea Scout Ship fiesta Island (SSS 1001) just received word that he has been offered an appointment to the United States Naval Academy.

Matthew is and Eagle Scout.  He spends many hours donating time through Boy Scouts, Sea Scouts and through his church (he even plays bass in a church band).

He is a senior at Canyon Crest Academy and has been the Varsity wrestling team captain for multiple years.  He also spent this past summer earning his private pilot’s license and beginning early training in aerobatics.

Matthew wants to major in computer science and cyber security and aspires to be a Naval Aviator upon graduation.

Matthew’s grandfather was RADM Paul T. Gillcrist, USNA class of 1952, a decorated naval aviator who flew many (150+) combat missions in Vietnam, primarily in F8U’s, and was a significant figure in Naval Aviation during his era, especially at (then) NAS Miramar.

He desires to serve as a Naval Aviator, like his grandfather and like several others in his family.  He has an uncle who is a Captain Navy helo pilot and has 2 cousins currently attending USNA (Hanna Gillcrist 2017 and Ellie Gillcrist 2020).

Are you a senior is high school?  if so let us know where you will be going next year??